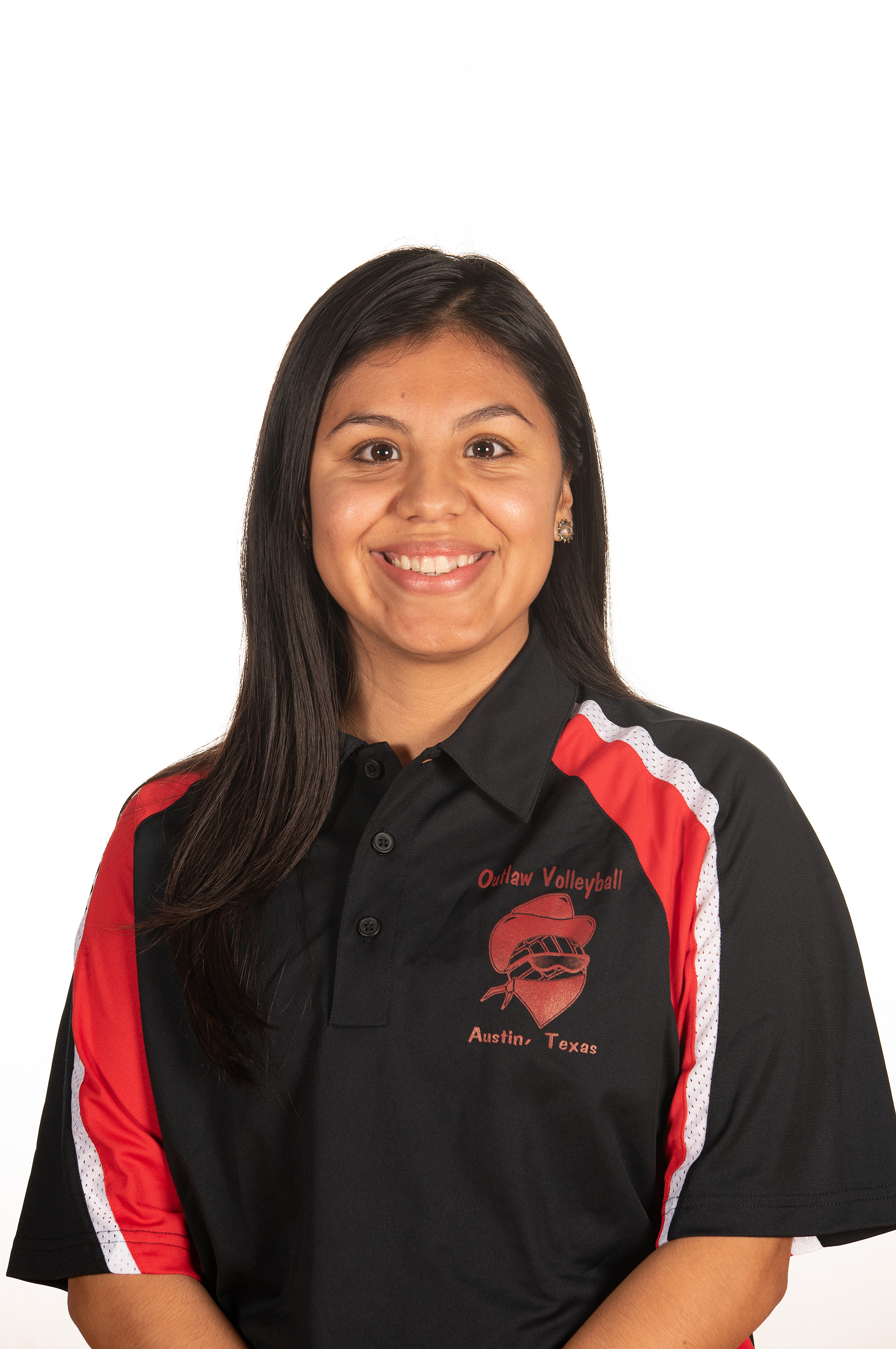 I'm Yessenia Jaramillo. I was born and raised in Tustin, California, where I began playing volleyball in the 5th grade.  Later in life, my family moved us to Manor, Texas.  I attended Manor High School and played there all four years as a Defensive Specialist/Libero.  After graduating from Manor High School, I enrolled at Huston-Tillotson University.  At HT, I played volleyball for two years and in 2011, I received my Bachelor of Science in Biology.

I started coaching with Coach Kaase in Wimberley, Texas in 2008.  At the time, I didn’t know I’d be so passionate about helping develop the skills of kids who I’d later see playing in colleges across the United States.  In the years I’ve been coaching, I am surprised at how much I continue to learn every year from these girls.

This year, I am excited for a new season and look forward to building a team with strong character, discipline, and spirit.  Go Outlaw!